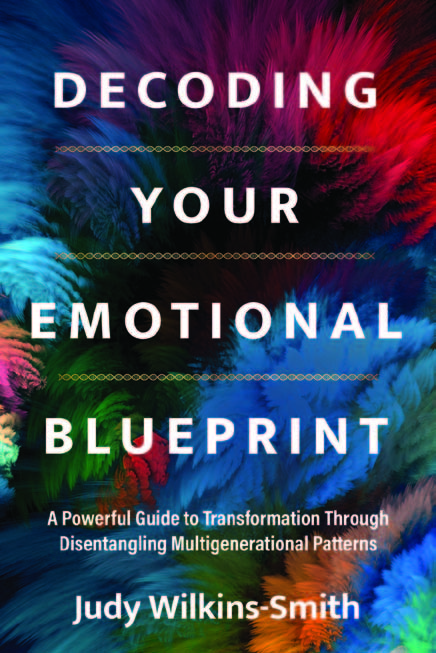 Content and trigger warnings, book bans, gender sensitivity, cancel culture. Even though most psychologists and social workers now agree that trigger warnings don’t work and “cognitive avoidance” (dodging sensitive topics) is counterproductive to emotional growth, the list of social hot potatoes and things we won’t or can’t look at grows longer by the day.

Perhaps this is because we haven’t understood these unpalatable hot buttons for what they are: messengers sent directly from our subconscious pointing us in the direction of where the buried treasure within us lies.

Let me give you an example. A client (I’ll call her “Alison”) came to me after a recent vacation in Hawaii. She was deeply disturbed because mask mandates had been set in place that made it impossible for her and her family, who were not vaccinated, to sit inside a restaurant to eat. They had to sit outside or ask for takeout. “Fortunately Maui has great weather and many restaurants have outdoor seating,” she said. “But that’s not the point. I got hugely upset and angry. I felt discriminated against and couldn’t help but think about how my grandmother and grandfather had been excluded from eating in restaurants because they were Black. I knew it wasn’t the same thing, and tried not to react. But I ended up getting so upset I got sick and we had to fly home early.”

As we explored her situation, it became clear that Alison was always looking out for the underdog. Although it was deeply unconscious on her part, she often projected her own issues about discrimination onto others. As a lawyer representing women of color who were victims of discrimination, this wasn’t hard for her to do. She also kept getting emotionally involved and angry at the injustices her clients experienced. “It’s like all the hurt and unexpressed rage of my forefathers and mothers is coming out through me,” she said. “I can’t control it and I hate it! I’m even beginning to think I need to change careers.” I reassured her that, although running away is what most of us naturally consider when we’re feeling overwhelmed emotionally, instead of quitting her career, what she needed to do was to see beyond the triggers and anger to the treasure they were pointing her toward.

Together we set up what’s called a “constellation,” in this case a physical 3D map of her closest family members— her mom, dad, siblings, and maternal grandparents—comprised of pieces of paper with one family member’s name written on each piece. Alison then arranged the names in her family system on the floor in a way that energetically made sense to her, a pattern that reflected the actual relationship dynamics of the family: who was closer to whom, who was distant, who was absent, who was engaged and who wasn’t. We also included the presence of anger. Alison wrote the word on a piece of paper and placed it where she felt it needed to go, which was beside the names of her mother’s parents. As she looked at the whole pattern, literally standing in the middle of the pieces of paper set out on the floor, I prompted Alison to talk about her family.

As it turned out, her mother’s parents, who lived in the South, had been deeply active in the Civil Rights Movement in the 1950s and 60s. But her mother moved to Chicago to go to school and met her father whose family wasn’t involved at all. “It’s like when she moved North, Mamma washed her hands of the whole thing,” Alison said. “My parents acted like discrimination didn’t even exist— like they’d escaped or something. And early on both my older brothers got into computers and IT.” She studied the layout of the names on the floor. “It’s like everything grandma and gramps felt and did and stood for went totally unseen by everybody.”

“Except you,” I said. Her eyes flew wide. “So,” I continued, “What do you think your grandmother and grandfather wanted for their children and grandchildren? What were they working toward?” “A world where we could live in peace and be free to live the lives we choose,” she replied promptly. “And isn’t that exactly what your parents and brothers have done?” She gasped. “Oh, my God, yes,” she said slowly, realization dawning.

“Is it possible that anger has its time and place? Is it possible that while your grandparents used their anger to effective purpose, holding onto their anger is not honoring them so much as holding you back and denying the gift they worked so hard to give you?” Alison was stunned. “I never looked at it that way before,” she whispered. I asked her, “What has anger given you? Can you look at anger and thank it for anything?”

She thought about it and nodded. Taking a deep breath, she said, “Thank you, anger, for what you did for my family. You inspired ambition, success and peace. I can see you had a place in my family. But I don’t need to carry you anymore.”

Systems—whether it’s a family system, a business system or a social system— are like the people that comprise them. They’re wired to evolve and grow. And, like people, growth is dependent upon actions and breakthroughs in the system being built upon and expanded. Alison had been acknowledging her grandparents by emulating them—repeating the pattern of anger instead of moving beyond anger to take their legacy to the next level. Subconsciously, she was angry at herself for not doing so. She’d also been angry at the rest of her family, interpreting the gift of their peace as indifference.

That which doesn’t grow, stagnates. Sir Winston Churchill summed up this cycle very well when he said, “Those that fail to learn from history, are doomed to repeat it.” Alison had been repeating history, finding all sorts of people and situations around her to keep the old anger pattern alive.

When I asked Alison what new emotion could replace anger and take her and her family’s legacy forward, she was quick to reply. “Determination!” she cried. “I can keep my career and not be victimized by it. I can be bold in my determination to help other women. I can show them what it looks like not to be a victim! I can help them live the kind of free life my grandparents created for me!”

See how you can move beyond a trigger and find strength? Next time you get upset by something, don’t judge yourself or try to dodge it. Stop for a moment. Reflect upon the trigger. Consider the issue and its context within your family. Ask where it belongs. Where did the issue start? Who else had this issue? Was it expressed? Was it buried and ignored? Was it judged? By whom? What is trying to be expressed and/or healed through you? If you look deeply enough, you’ll find the gift waiting for you, longing to ignite the next step. And that is true transformation. 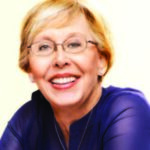