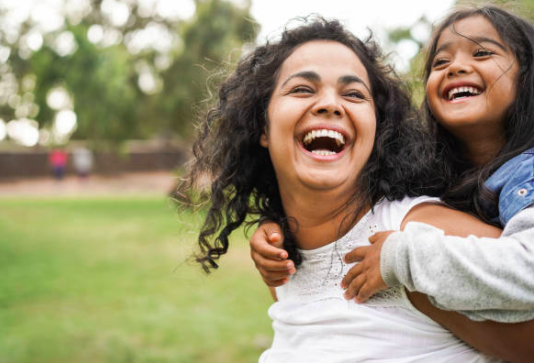 Are You Allowed to Enjoy Your Life?

This may sound like a crazy question but stop and think for a moment. Can you enjoy downtime, adventures and vacations without a twinge of guilt? Can you take time off without considering the money you may not be earning while you’re away? Can you relax and enjoy having fun while others are working hard? Or do you find yourself experiencing guilt or maybe some FOMO (fear of missing out). Or, worse yet, FOBJ (fear of being judged)?

It’s almost summer. Time for long lazy days spent around the pool or a road trip exploring new places with your family or friends. Time for enjoying life. But again, the question is, Can you? Or are you plagued by annoying little voices telling you all the reasons why you shouldn’t be relaxing?

If so, whose voices are you hearing? What does your family have to say about enjoying life? About working hard? Strange how those multigenerational messages we hear are never about playing hard too. Hard work is good but too much play is bad. Says who?

Devon desperately wanted to take time off from work to spend time with his wife and two children. He wanted to take them on fun summer trips—the kind of vacations his friends all talked about when he was growing up; the kind of fun he’d always wished he’d been able to have with his own parents but never did because they were so poor. Now, as manager of a large home improvement center, summer was his busiest time of year at work. Plus, every time he started to think about taking time off, all he could hear in his mind were his parents saying things like, “There’s no time to waste, son.” Or “Make hay will the sun shines. Vacations can come later.”

Torn between duty and desire, Devon didn’t know what to do. Then, during a constellation, he realized that both his parents had lost their own parents at an early age, and that they, too, had never experienced downtime or created those special vacation memories he longed to create for himself. At first, he was sad about it until he realized that, thanks to his hard-working parents, the family system had actually gifted him a strong work ethic and stability. Next, he realized that he was already financially stable. It wasn’t a future event to be worked towards anymore. It was time for someone in the family to make the memories yearned for but never achieved.

Devon realized that taking time off with his wife and kids could be his gift to the family system. He was proud to be able to say to his parents and ancestors, “For those of you how couldn’t take time to enjoy life, watch me. I can do it for all of us.”

So often people think it is their duty to struggle and suffer like family members who came before them when, in fact, the system is waiting for them to turn struggle and stress into triumph, enjoyment and success. So, next time those nagging little voices surface, ask yourself how they are asking you to change. How will you create that new pattern of relaxing and enjoying life? How will that affect those around you? The gift of change is in your hands.

To find out more about the transformational approach of systemic work and constellations, visit us at judywilkins-smith.com.