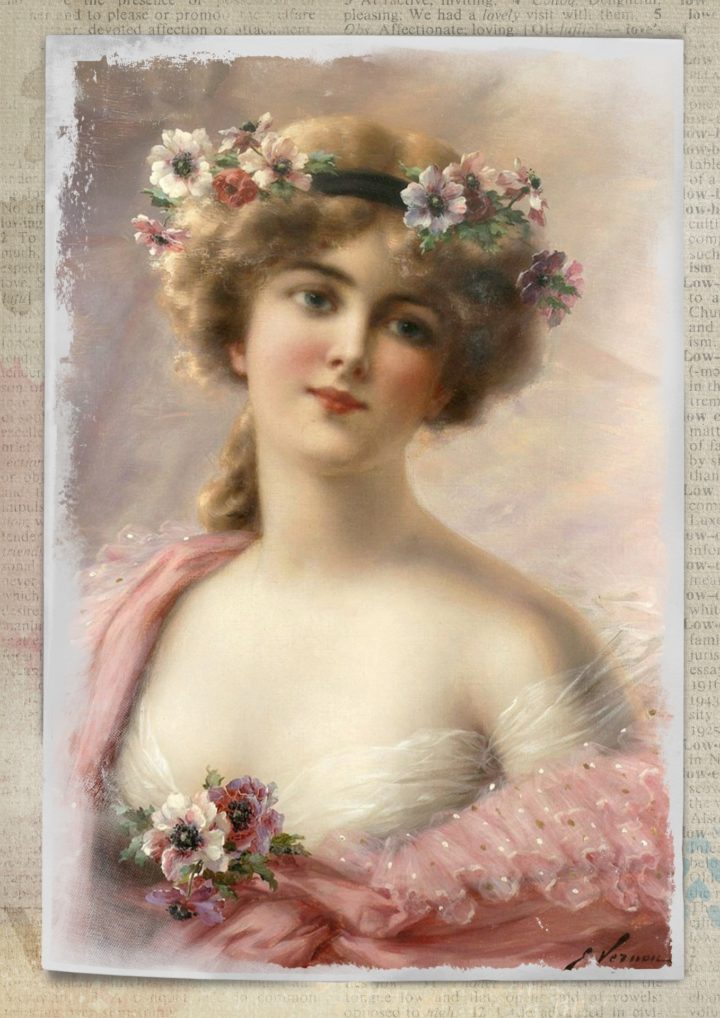 Spring is an exciting time of year. Trees and gardens sprout new growth. Students catch spring fever and play hooky. The rest of us go into a frenzy of spring cleaning. Like our parents, grandparents, and great-grandparents before us, we clear out closets, pack winter clothes away, clean windows and contemplate the garage. We get the “itch” to do home improvement. At the very least we buy some flowers to bring a bit of color back into our lives.

But spring cleaning is more than an annual household event. It’s an internal happening as well. As nature awakens, something stirs in us. We feel a twinge of creativity, a flutter of potential signaling new growth and a calling to new adventures. We feel deep stirrings. But do we always act on them? Do we pursue these inner urgings to change? More often than not, we don’t. And more often than not we don’t even know why.

I remember Louise, a client who came to me soon after she had gotten her real estate sales license. Despite the beautiful spring day, she was dressed somberly in grey slacks and a black jacket. For years she’d worked quietly as a clerk in her county’s administrative offices until she discovered she had a love for houses, a flare for sales and an easy ability to work with people. She was excited about her new career. But she felt intimidated by her female associates, all of whom dressed in an upscale manner and drove late model cars. “I bought a few new clothes,” she gestured to her uninspiring outfit. “And I know I should get a newer car. But it all feels wrong. I’m freaking out and I don’t know why. It’s just so stupid!”

It’s not like she came from a poor background. An only child from a solid middle class family, she’d gone to good schools and had never wanted for anything … except, as it turned out, anything fashionable or colorful. Her mother, a nurse whom she desperately admired, never wore makeup. She had shopped for drab, unfashionable clothes for herself and Louise at bargain basements and Goodwill. Even Louise’s bike, which she rode to school for years, was old and ugly when she got it. “I remember when I was twelve I wanted a bright red bike with a white basket for Christmas.” She sighed unhappily. “I got a boy’s used brown Schwinn.”

When Louise told me she couldn’t remember her mother’s mother wearing anything but black or dark brown, it became obvious there was a family pattern of the women being extremely modest and self-effacing. As we drilled down, a light bulb finally went off for Louise. “Oh, my God!” she exclaimed. “I remember there was a picture of Grandma taken in Paris right before World War II. She had pink cheeks and was wearing this beautiful pink dress with a pink bow in her hair and she looked so happy.”

“What happened to her?” I asked.

Louise blushed and ducked her head. “I forgot because it was never talked about. But she was raped by a German soldier. My mom was born nine months later and after the war the family moved here to America.”

And there it was. All of her life Louise had lived in the shadow of that rape. Driven by concern for her safety, her grandmother had taught her daughter to never call attention to herself by wearing colorful things—to never look pretty or make a statement with her cars, clothes or makeup. Louise’s mother, in unconscious loyalty to her mother, raised Louise the same way. Now Louise, in unconscious loyalty to her mother, was doing the same thing. Almost 70 years after the fateful rape of her grandmother, she was dressing like a church mouse, torturing herself with anxiety over buying new clothes, upscaling her image and investing in a new car.

Once she saw the pattern and understood the unconscious ancestral program that was limiting her, Louise was able to make changes. She realized her fear wasn’t hers. She also realized it was okay to make other choices and that in doing so she would not be disrespecting her mother—something that was very important to her. The last time I saw her she was still dressed conservatively, but smartly, wearing a little makeup and a big smile as she proudly showed off her new car—a deep burgundy sedan. “It’s not exactly red,” she said. “But I’m getting there!”

So, what excites you this spring? What inner prompting for change is stirring? Does a new job beckon? A new hobby? A new relationship? A new step in your finances? A new fashion look?

Give yourself permission to explore possibilities and let yourself get excited about them. Just this act, in itself, is a gift. And if you need an excuse to cut loose from some of the old habits and constraints of your normal family ways of doing things, blame it on spring!

Once you settle on one particular change, explore your emotions. What feelings come up when you imagine yourself doing this new thing? Are they positive? Negative? Don’t judge. Just take note and jot all your feelings down.

Let’s say the idea of a new love relationship excites you, but misgivings show up. Maybe it even scares you. Explore relationship patterns in your family system to see if this fear even belongs to you. As we saw with Louise, emotional patterns take root and travel through the generations. You may well have inherited your fear from a parent or sibling or even an earlier ancestor who got badly burned in a love affair. Take note of the way you’re thinking. Do certain negative thoughts predominate? “I’m not attractive enough to find a great love. Good relationships don’t happen in our family. I’m not deserving enough.” Or how about, “Love is overrated.” Or “Love makes you weak.”

Just like emotions, thought patterns, words and sayings—something called systemic sentences— travel through the family line. We end up thinking and saying things automatically, never realizing these thoughts don’t really belong to us. Louise had some real zingers running through her head. “People who need attention are just begging for trouble” was one systemic sentence. Another was “Just keep your head down, don’t ask for much, and things will work out fine.” How could she possibly stand out and shine in a sales profession with thoughts like that running the show?

So, get a broom and sweep those old dusty thoughts from your focus. Acknowledge and thank the old patterns for the wisdom they have provided, then put them down and create new thoughts and feelings you can believe in deeply to replace them. Grab a cloth and polish the windows to your soul. Stand in front of a mirror, look yourself in the eye and tell yourself it’s not just okay to have a new love—or a new car or a new job or a new puppy—in your life. It’s your destiny. After all, it’s just a part of spring cleaning.