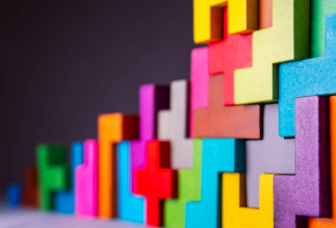 Patterns in the Workplace

Systems are elegant and persistent. The patterns that we don’t resolve in one system—your family system for example—can quite quickly pop up in other systems of which you are a part. Systems are always in service of your growth, which means there will always be opportunities to resolve unconscious patterns that may have you stuck.

One of the most common systems in which unresolved patterns show up is your professional life. What wasn’t resolved in the family often rears its head in some form in the workplace. Maybe you felt stuck in your older brother or sister’s shadow growing up, and now you don’t feel good enough to shine or be a leader. Your career offers you the perfect opportunity to finally see limiting patterns like this in a different light. The workplace also enables you to have new thoughts, feelings and actions around that same pattern with a totally different outcome as a result.

For example, no matter which job she took, Maya struggled with all her bosses. Whenever they seemed the least bit critical of her work, she would shut down. Eventually these episodes would add up and she would quit her position. As we worked together, she realized that each of her bosses had represented her mother, in whose eyes she could never do anything quite right. Once she saw the pattern, it made perfect sense to her. Next, we explored how a boss is different from a parent and how it’s part of a leader’s job to critique and develop those below them. “If you see your boss as your boss and not your mother,” I said, “How might you see his or her critical feedback of your work?”

The lightbulb went on. “Wow. They’re just trying to help me to become better at what I do!” she said. That led to another insight. Maybe her mother had also tried to be helpful, but it had just never landed that way.

Sometimes one new insight, one new feeling can change everything, leading to a whole string of new healthy actions. If you’re having some issues show up at work, here are a few things to think about:

Tips to help at work:

1) Remember, how you are at work begins with who you are at home. Did you really think you parked your patterns at the door?

2) Your workplace is an incubator.  What you can’t work out at home gets a second chance to work out here.

3) Contemplate your feelings at work. Are you always mad at your boss? Ask yourself which parent they may represent. Always resentful of a certain colleague? Ask yourself who they remind you of in your family—perhaps one of your siblings?

4) When you see through a family pattern you’ve brought to work, try to gently thank your boss and colleagues for being patient with you and mention what you’ve resolved because of them. They will see you as a bigger person for it.

Feeling stuck at work? Frustrated that you’re not getting ahead? Come and find out how old limiting patterns can be seen, acknowledged, released and risen above at our next Leadership DNA event!