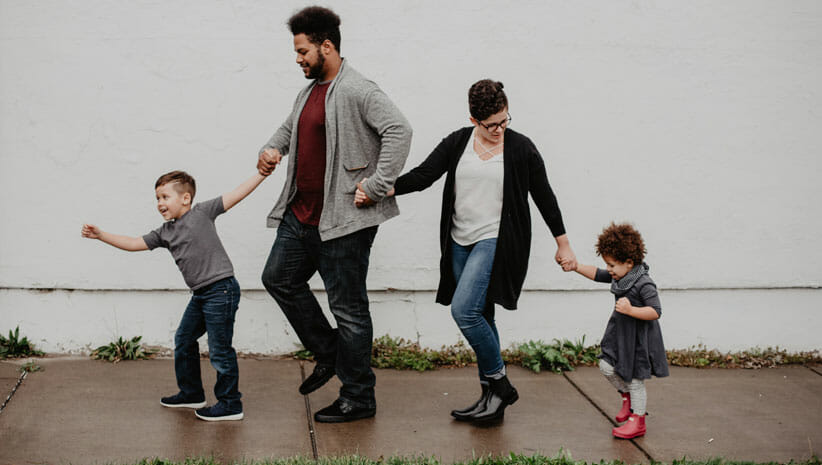 Our Inheritance and Our Imbalances

As a yoga practitioner, you know how important it is to discover and correct areas of imbalance and restriction in the body and then develop movement patterns that are fluid, balanced and supportive of both your practice and your movement through life. The same is true about discovering inefficient, unbalanced patterns of thought and emotion that you have inherited from your ancestors and family through your Emotional DNA.

Just like we inherit physical attributes from our forebears—brown or blue eyes, that mesomorph or ectomorph body type—science is now demonstrating that we inherit patterns of thoughts, feelings, and actions. Epigenetics reveals that significant events can affect entire family systems far beyond the originally impacted family members. Intergenerational effects show up as patterns of success and failure in every area of our lives. This includes relationships, leadership roles, business, money, purpose, and emotional well-being. I call this multi-generational inheritance our Emotional DNA.

While we can’t necessarily change our physical DNA, we can change our Emotional DNA. And the way we do this is by being willing to become aware of the patterns of thoughts, feelings, and actions that no longer serve us—patterns which are often tied to frustrations and places where we are stuck. When we become aware of our limiting patterns and examine our family of origin to understand what those patterns are and how they got there, we can then choose what to keep and what to leave. Then we can mindfully design the life we want.

Take Leslie, for example. She has an extroverted, exuberant personality, but was born into a family of introverts who were constantly telling her to “calm down” and not be so “loud and excitable.” She was frustrated and wanted to shine and express her genuine self, but she also wanted to belong to the family and not be a constant irritant.

When we explored her family’s history, it turns out her Jewish grandmother had been a little girl in Poland during World War II. Her family had hidden for six months in the basement of a house belonging to a non-Jewish family before they could be smuggled out of the country to safety. The life of the entire family had depended on being quiet, and the trauma that had accompanied that experience was stamped onto future generations. Once Leslie understood what had happened, she could be sympathetic to the family pattern. But she also realized that her exuberance was a gift. Our frustrations and anxieties are often prompts by the family system for some pattern to change. If expressed with sensitivity, Leslie realized she had the opportunity to shift the family pattern and lift the pattern of silence for future generations.

Or perhaps you’re plagued with money issues? I remember working with Jerry who was at his wit’s end about his finances. He wanted to be financially secure but was too afraid to even look at his money situation, let alone manage it. What he didn’t know was that the financial disasters that had occurred on both sides of his family tree had set patterns into motion that he was expressing. His mother’s parents had lost a lot of money through bad investments and his grandfather on his father’s side had been CEO of a large company who entrusted the financial dealings to an accountant who took all the money and ran. Jerry was born into a family whose money language contained sayings like the following.

Do any of those thoughts sound familiar? No wonder Jerry was struggling with his finances! Once he was able to see how the inability of his predecessors to look at and interact with money as a friend had shut down the family finances and possibilities, affecting his relationship with money, he realized it wasn’t him. He could see how his appetite for wanting more was valuable and needed. It was telling him what the patterns of limitation were and how to move through them. He would be the one to desire money, welcome it, look at it and be a good steward of it in his family.

Armed with these insights, the old pattern was no longer his inevitable future. He couldn’t wait to go home and start relating to money differently. Within a year, his financial status had improved considerably and his wish list was only growing. How did he do that? By being willing to discover the old pattern and then embrace a new pattern with commitment. One new thought, one new feeling, one new action at a time.

The first step in consciously igniting your patterns of potential and activating the expression of new Emotional DNA is identifying where you feel stuck.

Determine what the biggest pain point in your life is and then bless it. It’s a messenger telling you it’s time to see the old pattern and move on. Then take the time to sit down and think about your family system in light of this issue. Ask yourself questions, such as the following. If you’re adopted or have no family history that you’re aware of, don’t worry. The pattern is there in you. It came from someone, sometime, somewhere. Putting a name and a face on it isn’t necessary. How does the pattern show up in you? What negative/positive feelings/emotions do you experience around this issue? What limiting things are you constantly telling yourself about this? Write those words and phrases down. Acknowledge the pattern. Acknowledge the limiting thoughts and sentences that accompany it.

How to Replace Patterns

Now, what new pattern do you want to set in motion to replace the old? A very simple and empowering way to rewire the pattern in your mind is to take those old sentences in your head, write them down so you can see them and reframe them. For example, let’s use a couple of Jerry’s sentences above.

The next step is to feel that new thought. If your old thought is, “I’m worthless,” then get in touch with the energy of its replacement, which might be something like, “I have lots to offer myself and others.” What does that new thought feel like?

One highly effective process you can use to get in touch with feelings and issues around an old pattern versus new, is write down the old thought on a piece of paper and place it on the floor at one end of a room. Write the new thought on another piece of paper and put it on the floor at the other end of the room. Stand in between the two thoughts. Walk toward the old and see how you feel. Walk toward the new thought and check in with your emotions and body sensations. How does the new thought feel? What ideas pop in your head? What does your body feel like?

Revel in that new energy as often as you can.

Finally, decide upon one action you can take to set that new pattern into motion through shifting the expression of your Emotional DNA. It doesn’t have to be big. Even the tiniest movement in the direction of the new pattern increases its potency and potential. Play with it. Play with the sense of freedom that comes from knowing that most limiting patterns are simply old family dynamics that have outworn their usefulness and welcome. They’re not you and they do not dictate your future.