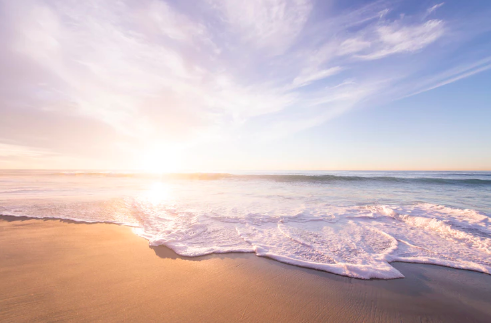 Often what stops you most in life are the invisible do’s and don’ts that keep you locked down. Let me explain. We are all part of many systems. Our family systems, the organizations we belong to, our sports communities, our religious communities. And each system has spoken and unspoken rules about the ways we belong, the place or order we inhabit, how much we should have and receive.

We know that cussing in church won’t get us any brownie points and praying in a bar might raise a few eyebrows. We shouldn’t get too big for our boots and we should give a lot and receive a little. In other words, we have a clear sense of the rules and instinctively adjust to each different system. In systemic work, we call this the conscience of the system. You might say it’s the edge of a system. The place you don’t go beyond. You will hear it in your own words – ‘I can’t do that; I will get into trouble. Or ‘My family won’t like that.’ These are words that tell us we know we’re going into bad conscience. In other words, we are going contrary to the current rules of the system.

In systems, we know that the only function of the conscience is to bond us to our groups. Ever noticed that we do some awful things like killing each other in a war in good conscience and yet we do some really good things when we step into what we call bad conscience.  In fact, this is quite a transformative place and our head, heart, gut, and neural pathways know it when we go there. Many times, we find ourselves wanting to hit the brakes even though we know this is going to grow us. It feels unfamiliar but…this is often the place where we begin to expand the system and write our own chapters. It’s a truly incredible place. Once you start stepping out of limiting patterns and into your own destiny, the incredible tends to unfold.

So, let’s talk about that place. I like to describe it as moving beyond the fences of a system. I worked with a client who came to see me because she was depressed, and she’d tried everything. As we spoke her tone was fairly flat. Her family life she said, was okay but boring. And then suddenly she lit up. I’d asked her about things she liked to do outside of work. And when she said, ‘I love to sing!’ her whole face just beamed. She told me her teachers and mentors said she had incredible talent but then she looked at me and said: “What a waste. I can’t do anything with it.”

I asked why not, and she said: “In our tradition, the daughter stays at home and takes care of the parents.” I asked what might happen if she were to do it differently and have a career in singing and still be able to care for her parents in some way? She insisted that it was not allowed. We spoke for a while and she described her parents as loving and kind, so I asked her to just have a little courage on her behalf and talk to her parents about her talent. She nodded and left promising to have ‘the talk’ but not convinced anything would change.

I received an email a few weeks later. Turns out her parents, immigrants to the U.S., had come here to make a new life, like so many of us do. Her mother had already taken the first steps in moving ahead and described to her daughter that it was difficult, yet right. They had moved here to give the children a different chance and were only too happy for her to take the next step. Notice how the mother said”: “It was difficult but right.” That’s the system asking to stretch through you. It can feel difficult and yet when we go there, we feel the weight off our shoulders and the possibility in our wings. I always remind my clients that this is not a selfish thing. To grow the system, it has to begin with each of us.

Putting It Into Practice: Beyond the Do’s and Don’ts

As always, it’s time to grow your constellations insight just a bit more. And by the way, I love hearing from those of you who use these freebie practices and let me know the results. Thank you. Keep the comments coming. Please also remember that transformation is no longer a woo-woo word. These days for successful people it’s a must in their toolkits.

Today I want you to write down something that you would really like to do, that you know would grow you in ways that would make you happy and fulfilled and yet you don’t do it. Then put that piece of paper down on the floor and just notice what happens as it lies there. What do you tell yourself about it and how do you feel?

Write down on separate pieces of paper:

Now place that thing you want to do on the floor and then place all the other pieces of paper behind it in a row.  They represent the edge of the conscience that has you stuck. Stand on or near each one. Notice all the inner sentences that stop you and ask are they really true or have you made them your reason for not writing your own chapter? Remember if you don’t those who come after you can’t either.

Then see if you can step beyond them and stand on that thing you really want to do. No censoring. Just stand there and allow yourself to feel what that feels like. Feel it as much as you can.