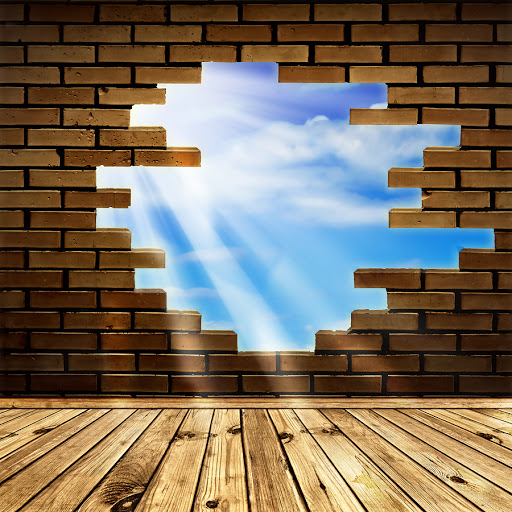 Let’s face it most of us were taught to find what’s wrong with us do our best to fix it so we can suffer our way to transformation. It’s a centuries long tried and tested approach to advancing ourselves. Trouble is, it’s a bit shortsighted and frankly often unnecessarily painful. So, who can blame us if we are often blind to wants to serve us and see it as a shortcoming or failure on our part? Imagine the universe extending its hand to you only to be met with your fears and self-doubts. Your systemic blindness.

How often are you faced with a challenge that has you feeling like you’re somehow not equipped to deal with it or have success or fulfillment? How often do you buy into the meta myth of not being good enough? It’s as though thinking these thoughts puts us into good standing with that ancient need to struggle in order to belong.

The problem with that is that we can’t see the challenge for what it is. An invitation to grow. A blessing. So often we see the challenges presenting as evidence that we’ve done something wrong. Perhaps its time to look at it a little differently.

The other day a client of mine was in a state of panic. His line manager had given him a compliment and then asked him why he’d never shown up this way before. Instead of acknowledging that he was growing and consciously applying himself and the results were showing, he chose to think he’d been neglectful of his career. Just like his dad. He could not hear the compliment. His mother had taught him not to ever think he was too important. AKA don’t listen to the good news. Ouch.

How often do you think you’ve got it wrong when in fact you are growing?

Perhaps it’s worth considering that when you feel those inner doubts it may be a pull to the echoes of old patterns of struggle in your family system. However, if you start looking at what’s in front of you with a sense of curiosity and possibility you may just begin writing your own chapter. You could begin changing what you thought was fate into a destiny. How incredible is that?

When you hit a brick wall back up a few yards. You might just see that the brick wall is actually just the rise to the next step up. The next time you feel cursed, take a minute to realize you are being told that you are indeed enough and absolutely ready. Instead of doubting yourself, dare to look at what’s in front of you and then look beyond it to how you will feel and what you will have accomplished when you get to the other side.

Next time a challenge appears realize that you may just been blessed.. Don’t look down. Look ahead.